The Communist Party of Canada – Manitoba

IMPORTANT: The information below is from the 2011 Manitoba Election. 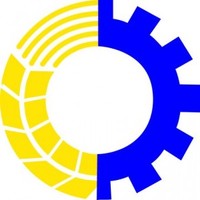 Candidates are displayed alphabetically by constituency.

What are the main issues that the Communist Party stands for? Why are these issues important?

“A People’s Agenda for Manitoba” is a broad platform that deals with the real issues, such as jobs, education, creating a just society and saving the environment.

These are the main issues because poverty is rising, spurred by record profits and the NDP’s public service wage and corporate tax cuts. Winnipeg’s food banks feed 29,500 children, up from 5,500 in 1997. Affordable, quality housing is still missing. We have not recovered from the loss of 12,000 manufacturing jobs in 2008, a rate higher than Ontario. In the last census, Manitoba has Canada’s highest drop-out rate, which means education must be a higher priority.

Manitoba is a low wage province because of a too-large pool of super-exploited labour – Aboriginal people, women, youth, people with disabilities, and newcomers. They are a source of super profits for the wealthy families and an anchor on the wages of everyone else. The colonial conditions of Aboriginal peoples is a festering sore on Manitoba’s soul and it is a strategic problem to fix, or working people will be unable to move ahead together.

Different from all other parties, we want full national Aboriginal rights, a position needed by any progressive Manitoba government. We support a new, equal and voluntary relationship of all nations in Canada. That includes the immediate settlement of Aboriginal land claims, including ownership of natural resources. We want a new constitution, drafted by a constituent assembly with full participation of all nations and popular people’s organizations. A new constitution would be approved by a majority of Canadians.

All around us global capitalism’s problems are growing. It is more than war, job loss, poverty and hunger. Flooding in Manitoba will be worse unless we drop carbon emissions, yet there is no scientific grasp by the largest parties of what policies will work. They rely on the profit motive to fix global warming or continue to deny its existence. The NDP’s cap and trade system will make tons of money for corporations, solve nothing, and delay a real solution. It is a system originally devised by corrupt corporations such as Enron and Goldman Sachs.

It is wrong to say “Manitoba has escaped the worst” for two reasons. It is not true and we must start forging our own way out of the looming global catastrophe. Manitoba can lead the way. We have enormous wealth and skills in this province, plus a good history of rising up at the right moment, such as during Louis Riel’s provisional government or the 1919 Winnipeg General Strike.

We need real change and our People’s Agenda is the best way to create good-paying jobs, boost education, create social justice and save the environment. Our Agenda is completely different from the policies which got us into our present mess.

Stronger, united labour and popular movements are needed in Manitoba to bring real change and a People’s Agenda. Voting for a People’s Agenda will help, yet the surest way to win it is more involvement by people in the political struggle.

What makes the Communist Party different from other political parties?

After ninety years, the Communist Party has contributed much to Manitoba in the way of ideas and movements that brought about real change.

Our members have always been part of the labour and democratic movements, raising and winning support for ideas that are now established goals of the people’s movements of this country. Our People’s Agenda reflects the goals of the labour, Aboriginal, student, women’s, anti-poverty, sovereignty and other organizations more closely than any other.

Canada’s history in the last century is about how working people actually won medicare and unemployment insurance and organized all the major unions. Our party played the leading role in all these great struggles, but we could not have done it alone.

We are a working class party with the goal of a socialist society in Canada. For us, Marxism and its irrefutable analysis of capitalism has made us understand the source of poverty, war, unemployment, national oppression, and discrimination and what is needed to solve these problems.

Many people do not know about our party, about our policies or even about the source of their impoverishment or unemployment, which we know, is Capitalism. That makes us unique, also, but we will never give up.

What are the first things you would like to do if you form government after the 2011 election?

The Communist Party will make a full employment economy that would end poverty. We would raise social assistance rates above the poverty line and increase the minimum wage to $16.25 an hour.

We would establish universal hot breakfast and lunch programs in every school, no questions asked, to end the 500% increase in child food bank use since 1997.

We will launch a massive program to build quality, affordable homes, 4,000 a year. We will expand universal health to cover all needs. We have positive ways so students continue in school instead of criminalizing inner city youth with new truant officers.

We would end racism, sexism and other discriminations with fair and mandatory hiring so everyone would have a good paying job.

Most importantly, we will implement our full People’s Agenda – here are just the titles:

Why should a voter choose to vote for the Communist Party?

Some people say that the Communist Party platform costs too much, that it would put corporations out of business and all the workers would be fired. Poverty would skyrocket and people would be without hope.

We need to look at it from a different angle, from the cost of doing nothing, which is pretty much what has been happening, or not happening. If the government says much is happening, we just have to look at the social realities.

Poverty kills people with poor health, it is killing youth who have no future under the present system, it is killing women, Aboriginal people, and the disabled.

Justice does not cost anything – injustice costs too much. The Communist Party won’t stop spending money until everyone has a good-paying job, until everyone is in a good home, until everyone can go to school with a good breakfast and lunch, until all our health needs are free and universal.

This is a real People’s Agenda for Manitoba – So if you want real change, vote Communist.

Besides offering a real alternative, we are running in this election to warn against a Conservative government in Manitoba. The Tories would bring even more vicious measures for workers and the needy.

For example, Manitoba’s Tories support Harper’s dictatorial plan which will place farmers at the mercy of the giant grain corporations that now dominate the international grain trade. The plan will ruin thousands of family farms and put profit ahead of the starving millions in other countries.

If the Tories ignore the democratic vote of farmers to keep the Wheat Board intact, then they are sure to ignore any vote by Manitobans to keep Hydro public.

We believe labour-farmer unity can defeat the threat by the Harper Conservatives to destroy the Canadian Wheat Board if action is taken immediately.

The Communist Party will work to build a society where families can meet every need for their children, and where children have a far brighter future without the threat or reality of hunger, nuclear war or global climate meltdown. We need to act now.


Our questionnaire procedures can be found in our FAQ.

Recent articles that mention candidates from this party.